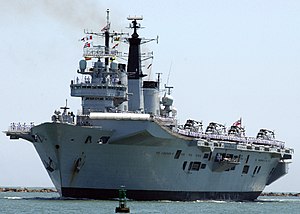 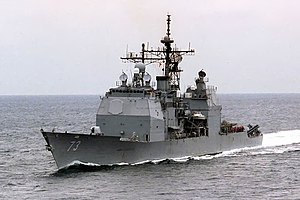 A Berlin-class replenishment ship of the German Navy 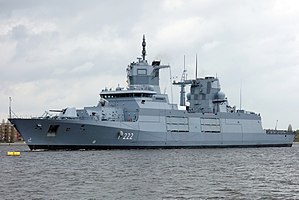 The "Baden-Württemberg", an F125-class frigate of the German Navy; currently the biggest frigates worldwide

A naval ship is a military ship (or sometimes boat, depending on classification) used by a navy. Naval ships are differentiated from civilian ships by construction and purpose. Generally, naval ships are damage resilient and armed with weapon systems, though armament on troop transports is light or non-existent.

Naval ship classification is a field that has changed over time, and is not an area of wide international agreement, so this article currently uses the system as currently used by the United States Navy.

In rough order of tonnage (largest to smallest), modern surface naval ships are commonly divided into the following different classes. The larger ships in the list can also be classed as capital ships:

Some classes above may now be considered obsolete as no ships matching the class are in current service. There is also much blurring / gray areas between the classes, depending on their intended use, history, and interpretation of the class by different navies.