Buganda is a subnational kingdom within Uganda. The kingdom of the Ganda people, Buganda is the largest of the traditional kingdoms in present-day East Africa, comprising all of Uganda's Central Region, including the Ugandan capital Kampala. The 6 million Baganda (singular Muganda; often referred to simply by the root word and adjective, Ganda) make up the largest Ugandan ethnic group, representing approximately 16.9% of Uganda's population.[2]

Buganda has a long and extensive history. Unified in the 14th century under the first king Kato Kintu, the founder of Buganda's Kintu Dynasty, Buganda grew to become one of the largest and most powerful states in East Africa during the eighteenth and 19th centuries. Before the 12th century, the present day Buganda region was known as Muwaawa, which means a sparsely populated place. During the Scramble for Africa, and following unsuccessful attempts to retain its independence against British imperialism, Buganda became the centre of the Uganda Protectorate in 1894; the name Uganda, the Swahili term for Buganda, was adopted by British officials. Under British rule, many Baganda acquired status as colonial administrators, and Buganda became a major producer of cotton and coffee.

Following Uganda's independence in 1962, the kingdom was abolished by Uganda's first Prime Minister Milton Obote in 1966. Following years of disturbance under Obote and dictator Idi Amin, as well as several years of internal divisions among Uganda's ruling National Resistance Movement under Yoweri Museveni, the President of Uganda since 1986, the kingdom was officially restored in 1993. Buganda is now a monarchy with a large degree of autonomy from the Ugandan state, although tensions between the kingdom and the Ugandan government continue to be a defining feature of Ugandan politics.

Since the restoration of the kingdom in 1993, the king of Buganda, known as the Kabaka, has been Muwenda Mutebi II. He is recognised as the 36th Kabaka of Buganda. The current queen, known as the Nnabagereka, is Queen Sylvia Nagginda.

Buganda's boundaries are marked by Lake Victoria to the south, the River Nile to the east, Lake Kyoga to the north and River Kafu to the northwest.[3]

The Luganda language is widely spoken in Uganda and is the most popular language in Uganda along with English.[2]

In literature and common discourse, Buganda is often referred to as Central Uganda.[4]

Ganda villages, sometimes as large as forty to fifty homes, were generally located on hillsides, leaving hilltops and swampy lowlands uninhabited, to be used for crops or pastures. Early Ganda villages surrounded the home of a chief or headman, which provided a common meeting ground for members of the village. The chief collected tribute from his subjects, provided tribute to the Kabaka, who was the ruler of the kingdom, distributed resources among his subjects, maintained order, and reinforced social solidarity through his decision-making skills. During the late 19th century, Ganda villages became more dispersed as the role of the chiefs diminished in response to political turmoil, population migration, and occasional popular revolts.

Buganda is a constitutional monarchy.[5] The current Head of State is the Kabaka, Muwenda Mutebi II who has reigned since the restoration of the kingdom in 1993. The Head of Government is the Katikkiro (Prime Minister) Charles Mayiga, who was appointed by the Kabaka in 2013.[5] The Parliament of Buganda is the Lukiiko.

Prior to the Buganda Agreement of 1900, Buganda was an almost absolute monarchy.[6] Under the Kabaka, there were three types of chief: bakungu (administrative) chiefs, who were appointed directly by the Kabaka; traditional bataka chieftains; and batangole chiefs, who served as representatives of the Kabaka, charged with "maintaining internal security, supervising royal estates and military duties".[7] The 1900 agreement, however, greatly enhanced the power of the Lukiiko (which had previously been simply an advisory council) at the expense of the Kabaka.[8] While Buganda retained self-government, as one part of the larger Uganda Protectorate, it would henceforth be subject to formal British overrule.[6] The Buganda Agreement of 1955 continued the transition from absolute to constitutional monarchy.[9]

During Uganda independence, the constitutional position of Buganda (and the degree to which it would be able to exercise self-government) was a major issue.[9] Discussions as part of the Uganda Relationships Commission resulted in the Buganda Agreement of 1961 and the first Constitution of Uganda (1962), as part of which Buganda would be able to exercise a high degree of autonomy. This position was reversed during 1966–67, however, before the Kabakaship and Lukiiko were disestablished altogether in 1967[10] before being restored in 1993.

Before the arrival of Europeans in the region, Buganda was an expanding, "embryonic empire".[11] It built fleets of war canoes from the 1840s to take control of Lake Victoria and the surrounding regions, and subjugated several weaker peoples. These subject peoples were then exploited for cheap labor.[11] The first Europeans to enter the Kingdom of Buganda were British explorers John Hanning Speke and Captain Sir Richard Francis Burton while searching for the headwaters of the Nile in 1862. They found a highly organized political system which was marred, however, by the ongoing practice of mass human sacrifice estimated at 800 persons annually.[12]

The explorer and journalist Henry Morton Stanley visited Buganda in 1875 and provided an estimate of Buganda troop strength. Stanley counted 3,000 troops and a fleet of war canoes. At Buganda's capital, Lubaga, Stanley found a well-ordered town surrounding the king's palace, which was situated atop a commanding hill. A tall cane fence surrounded the palace compound, which was filled with grass-roofed houses, meeting halls, and storage buildings. Thronging the grounds were foreign ambassadors. seeking audiences, chiefs going to the royal advisory council, messengers running errands, and a corps of young pages. He estimated the population of the kingdom at 2,000,000[13]:&hairsp;152,&hairsp;156,&hairsp;164&hairsp;

While in exile, Mwanga II was received into the Anglican Church, was baptized with the name of Danieri (Daniel). He spent the rest of his life in exile. He died in 1903, aged 35 years. In 1910 his remains were repatriated and buried at Kasubi.[citation needed]

In September 2009, some members of the minority[14] Banyala ethnic group led by a recently Retired UPDF Captain[15] Isabanyala Baker Kimeze announced that Bugerere had seceded from the Kingdom of Buganda. The Banyala make up 0.09% of the population of Uganda[16] and 13% of the population of the district, Kayunga, that in their opinion they were leading into secession.[17] Because of the resulting tensions, the government of Uganda stopped the Kabaka of Buganda from traveling to Bugerere, leading to riots in the capital Kampala and neighboring districts. Thirty were killed in what came to be known as the Buganda riots.[18] 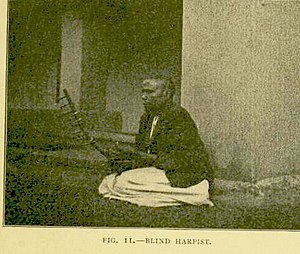 As of 2009, there were at least 52 recognised clans within the kingdom, with at least another four making a claim to clan status. Within this group of clans, there are four distinct sub-groups, which reflect historical waves of immigration to Buganda.[19]

The oldest clans trace their lineage to Bakiranze Kivebulaya, who are supposed to have ruled in the region from about 400 AD until about 1300 AD. These seven clans are referred to as the Nansangwa, or the indigenous:[citation needed]

Thirteen clans that are believed to have come with Kintu:

The descendants of the Basimba people (also known as Bashimba) which is a Bisa and Ambo nickname of the Clan of the leopards, the bena Ngo in Zambia, who settled at Mpogo, Sironko District, are among the Ngo Clan group that come along with Kabaka Kato Kintu in his immigration.

Around 1370 AD another wave of immigration assisted by Kabaka Kimera,[28] who was the son of Omulangira Kalemeera. Kabaka Kimera was born in Kibulala, and returned to Buganda with Jjumba of the Nkima clan and other Buganda elders.

These eleven clans are:

The traditional Ganda economy relied on crop cultivation. In contrast with many other East African economic systems, cattle played only a minor role. Many Baganda hired laborers from outside Buganda to herd the Baganda's cattle, for those who owned livestock. Bananas were the most important staple food, providing the economic base for the region's dense population growth. This crop does not require shifting cultivation or bush fallowing to maintain soil fertility, and as a result, Ganda villages were quite permanent. Women did most of the agricultural work, while men often engaged in commerce and politics (and in precolonial times, warfare). Before the introduction of woven cloth, traditional clothing was manufactured from the bark of trees.[29]