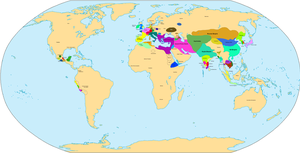 The world at the beginning of the 6th century AD.

The 6th century is the period from 501 to 600 in line with the Julian calendar. In the West, the century marks the end of Classical Antiquity and the beginning of the Middle Ages. The collapse of the Western Roman Empire late in the previous century left Europe fractured into many small Germanic kingdoms competing fiercely for land and wealth. From the upheaval the Franks rose to prominence and carved out a sizeable domain covering much of modern France and Germany. Meanwhile, the surviving Eastern Roman Empire began to expand under Emperor Justinian, who recaptured North Africa from the Vandals and attempted fully to recover Italy as well, in the hope of reinstating Roman control over the lands once ruled by the Western Roman Empire.

In its second Golden Age, the Sassanid Empire reached the peak of its power under Khosrau I in the 6th century.[1] The classical Gupta Empire of Northern India, largely overrun by the Huna, ended in the mid-6th century. In Japan, the Kofun period gave way to the Asuka period. After being divided for more than 150 years among the Southern and Northern Dynasties, China was reunited under the Sui Dynasty toward the end of the 6th century. The Three Kingdoms of Korea persisted throughout the century. The Göktürks became a major power in Central Asia after defeating the Rouran.

In the Americas, Teotihuacan began to decline in the 6th century after having reached its zenith between AD 150 and 450. Classic Period of the Maya civilization in Central America.

This Buddhist stela from China, Northern Wei period, was built in the early 6th century. 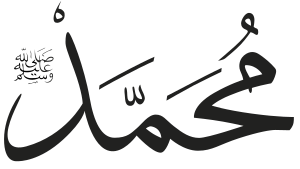