From Encyclopedia Britannia
Jump to navigation Jump to search
This article is about the year 1903. For the rifle, see M1903 Springfield. 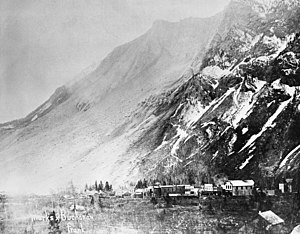 December 17: The Wright Flyer in the air, the first airplane flight, by Orville Wright.

King Alexander I of Serbia