From Encyclopedia Britannia
Jump to navigation Jump to search
This article is about the year 1889.
Calendar yearTemplate:SHORTDESC:Calendar year 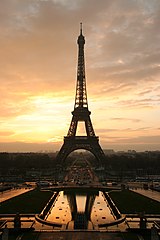 The Eiffel Tower is inaugurated on March 31, thus becoming the tallest structure in the world

King Luis I of Portugal