From Encyclopedia Britannia
Jump to navigation Jump to search
This article is about the year 1698.
Calendar yearTemplate:SHORTDESC:Calendar year 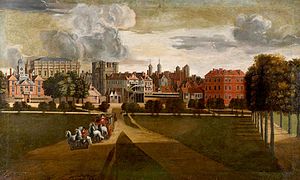 January 4: The Palace of Whitehall is destroyed by fire.

The first year of the ascending Dvapara Yuga.