From Encyclopedia Britannia
Jump to navigation Jump to search
This article is about the year 1695.
Calendar yearTemplate:SHORTDESC:Calendar year 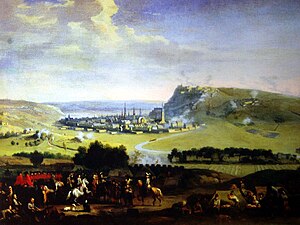 It was also a particularly cold and wet year. Contemporary records claim that wine froze in the glasses in the Palace of Versailles.