From Encyclopedia Britannia
Jump to navigation Jump to search
This article is about the year 1672.
Calendar yearTemplate:SHORTDESC:Calendar year 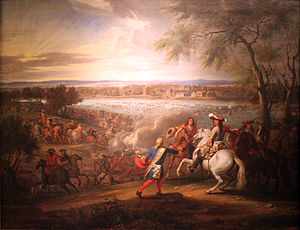 June 12: King Louis XIV of France crosses the Rhine at Lobith.
For the year as it is known in Dutch history, see Rampjaar.

August 20: Cornelis and Johan de Witt are slaughtered by a mob in The Hague.

Peter I of Russia