From Encyclopedia Britannia
Jump to navigation Jump to search
This article is about the year 1631.
Calendar yearTemplate:SHORTDESC:Calendar year

May 20: Magdeburg is sacked by an Imperial army.

September 12–13: Dutch and Spanish ships in the Battle of the Slaak. 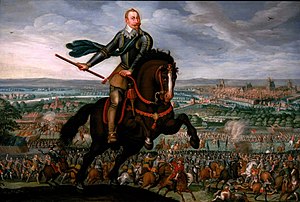