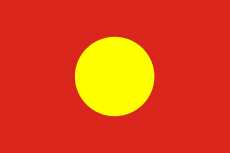 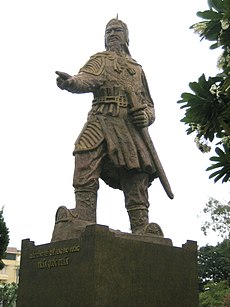 Grand Prince Trần Hưng Đạo, was an imperial prince, statesman and military commander of Đại Việt during the Trần dynasty.
For the Chinese kingdom initially called Great Yue/Viet, see Southern Han.
File:Battle of Bach Dang (1288).jpg
Decisive defeat of the Kublei Khan's Mongol fleet and army in 1288 in the battle of Bạch Đằng River by the Đại Việt military. 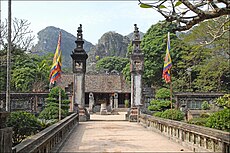 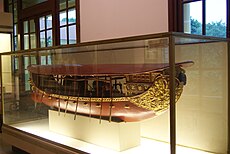 Mông Đồng is a class of near-shore warship and riverine boat that played a dominant role in pre-modern Vietnamese naval forces for over a thousand years.

Beginning with the rule of Đinh Tiên Hoàng (r. 968–979), the country had been referred to officially as Đại Cồ Việt (大瞿越). The term "Việt" is the same as the Chinese word "Yue", a name in ancient times of various non-Chinese groups who lived in what is now northern/southern China and northern Việt Nam. In 1010 Lý Thái Tổ, founder of the Lý Dynasty, issued the "Edict on the Transfer of the Capital" and moved the capital of Đại Cồ Việt to Thăng Long (Hanoi) and built the Imperial Citadel of Thăng Long where the Hanoi Citadel would later stand.

Đại Việt is a strategic location. By invading Đại Việt, the Mongols would be able to bypass the Himalaya and drive deep into South East Asia. However, the Mongolians of the Yuan Dynasty invaded Dai Viet three times and were defeated. The last battle, the Battle of Bach Dang, was a decisive defeat for the Mongolians. Dai Viet's perseverance thwarted Mongolian attempts to conquer South East Asia and prevented the third Mongolian invasion of Japan, as the Mongol navy was completely destroyed during Bach Dang. This became one the greatest victories in Vietnamese military history.

In 1400, the founder of the Hồ dynasty, Hồ Quý Ly usurped the throne and changed the country's name to "Đại Ngưu" (大虞), but his dynasty was overthrown by the invading Ming Empire who annexed Đại Ngu in 1407 for 20 years until 1427. The Ming renamed the area "Giao Chỉ (or Jiaozhi)". In 1428, Lê Lợi, the founder of the Lê dynasty, liberated Giao Chỉ and restored the kingdom of "Đại Việt".

The name "Đại Việt" came to end when the Nguyễn dynasty took power. The country's name was officially changed yet again, in 1804, this time to "Việt Nam" (越南) by Gia Long.

The name Đại Việt was also taken by one of the nationalist factions in 1936.[lower-alpha 2]