Reginald Ruggles Gates (May 1, 1882 – August 12, 1962), was a Canadian-born geneticist who published widely in the fields of botany and eugenics.

Reginald Ruggles Gates was born on May 1, 1882, near Middleton, Nova Scotia, to a family of English ancestry. He had a twin sister named Charlotte.[2]

Gates graduated with first class honours in science from Mount Allison University in 1903.[5] Further studies toward a second B.Sc. from McGill University were interrupted by a year in which he returned to his childhood home in Middleton, Nova Scotia, where he served as vice-principal in a local school. He completed this second B.Sc. in 1905, focusing on botany, before accepting a Senior Fellowship at University of Chicago where he completed his Ph.D. on heredity in Oenothera lata (evening primrose) in 1908.

Gates did botanical work in Missouri in 1910. Later, he was a lecturer at Bedford College, London[6] and Professor of Biology at King's College London.[7] He was known for his studies of Oenothera and other plants.[8]

Gates was elected a Fellow of the Royal Society in 1931.[3][2] His nomination reads

Professor Gates enjoys a widespread reputation as a distinguished investigator of cytological problems and especially in connection with genetics. He has thrown much light on the behaviour of Oenothera, which formed the basis of De Vries well-known theory of mutations. He has trained a number of cytological students, some of whom now fill posts of importance. He is the author of over 100 papers and memoirs, some of which have been published by the Royal Society. Latterly he has paid attention to genetical anthropology and is the author of several books on this subject.[9]

Additionally, Gates was a eugenicist. In 1923, he wrote Heredity and Eugenics. He maintained his ideas on race and eugenics long after World War II, into the era when these were deemed anachronistic.[10] He was a founder of Mankind Quarterly and the International Association for the Advancement of Ethnology and Eugenics,[7] his articles abounded in the journal as Acta Geneticae Medicae et Gemellologiae.[11] He was a strong opponent of interracial marriage and, according to A.S. Winston, "argued that races were separate species."[7]

In 1911, Gates married Marie Stopes, but the marriage was annulled in 1914, with Stopes claiming the marriage had not been consummated. Gates did not contest the divorce, although he disputed Stopes’s claims, describing her as "super-sexed to a degree that was almost pathological" and adding to this "I could have satisfied the desires of any normal woman".[12]

Gates married Jennie Williams in 1929; the marriage was later dissolved. In 1955, he married Laura Greer. 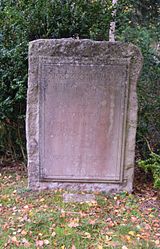 The grave of Reginald Ruggles Gates in Brookwood Cemetery

Gates died on August 12, 1962, and was buried in Brookwood Cemetery in Surrey, England. He is memorialized by the Ruggles Gates Award at Mount Allison University.[13][14] 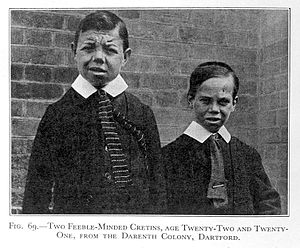 Illustration from Heredity in Man